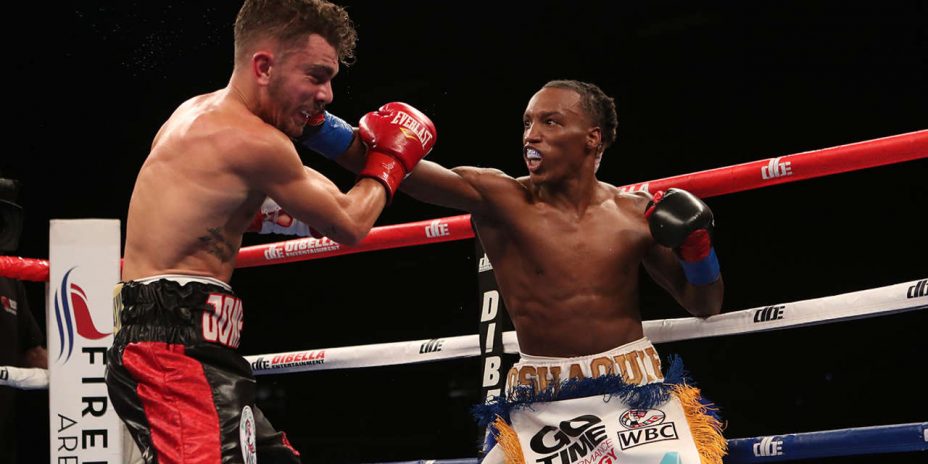 LOS ANGELES (Jan. 12, 2012) – In what was already set to be an exciting showcase of the top young talent, on the Jan. 20 edition of ShoBox: The New Generation, Tom Brown, Goossen Tutor Promotions matchmaker, has added a special 8-round super featherweight attraction between two undefeated prospects Guy Robb and Joel Diaz Jr.

After Brandon Gonzales pulled out of his fight against Caleb Truax due to a leg injury.  The fight, which will be held at the Pearl at Palms Casino Resort in Las Vegas, Nev. and broadcast on SHOWTIME at 11 p.m. ET/PT (delayed on the West Coast), is headlined by a World Championship bout between World Boxing Association (WBA) super bantamweight world champion Rico Ramos (20-0, 11 KOs), who takes on WBA interim champion and two-time Olympic gold medalist Guillermo Rigondeaux (8-0, 6 KOs).

Robb (7-0, 3 KOs), a 22-year-old out of Sacramento, Calif., didn’t step into a boxing gym until the age of 17. Short of two years into training, he competed in an amateur tournament and went home with a bronze medal and a No. 4 national ranking in his weight class.  His short-lived amateur career lasted only 25 fights before turning pro in October of 2010 where he scored an impressive first-round KO in his debut.  Now, after fighting six times in 2011, he will arrive on ShoBox with a chance to shine on a nationally televised fight card.

His opponent will also be looking to extend his undefeated streak on his first TV appearance. Diaz Jr. (6-0, 5 KOs), an aggressive, 19-year-old power-punching southpaw had a much more storied amateur career than Robb, fighting to a record of 85-10 before knocking out Rene Torres with a left hook in the second round of his pro debut in July of 2010.   In his second pro fight, Diaz would be taken the distance for the first – and only – time in his short career, winning a 4-round UD over Hugo Ramos.  In 2011, he fought four times, finishing all of his opponents with fan-pleasing first-round KOs.  In his most recent victory in November of 2011, Diaz fought a battle-tested veteran of 59 fights in Manuel Sarabia.

With both fighters supremely confident with aggressive styles, they will become each other’s toughest test to date.

Opening the ShoBox telecast, undefeated Matthew Villanueva (6-0-1, 6 KOs) of Burbank, Calif. will fight Mike Ruiz (8-1-1, 3 KOs) of Fresno, Calif. in an 8-round junior bantamweight bout that is sure to open the broadcast in typical ShoBox high-octane fashion.

“I want to thank The Palms for being the host of this very intriguing World Championship bout.  The winner immediately jumps to the top of the class,” said promoter Dan Goossen.  “Although Rigondeaux has a better knockout percentage then Ramos, Rico is known for one-punch knockout power, and I don’t believe anyone at this weight can take it, including Rigondeaux.

“As for the other televised bouts, both will be exciting, aggressive fights and each of the fighters have their work cut out for them in their matchups.”

In a non-televised undercard bout, Javier Molina (9-1, 4 KOs), a 2008 U.S. Olympian will try to get back in the win column in a 6-round welterweight bout.  There will also be two other 4-round bouts featuring heavyweights and jr. middleweights.

Doors for the event open at 5:30 p.m. with the first bout at 6:00 p.m. and the televised portion of the card beginning at 8:00 p.m. (all times PT). Tickets for the event are priced at $54 and $29 and are available at ticketmaster.com and at the Palms box office.