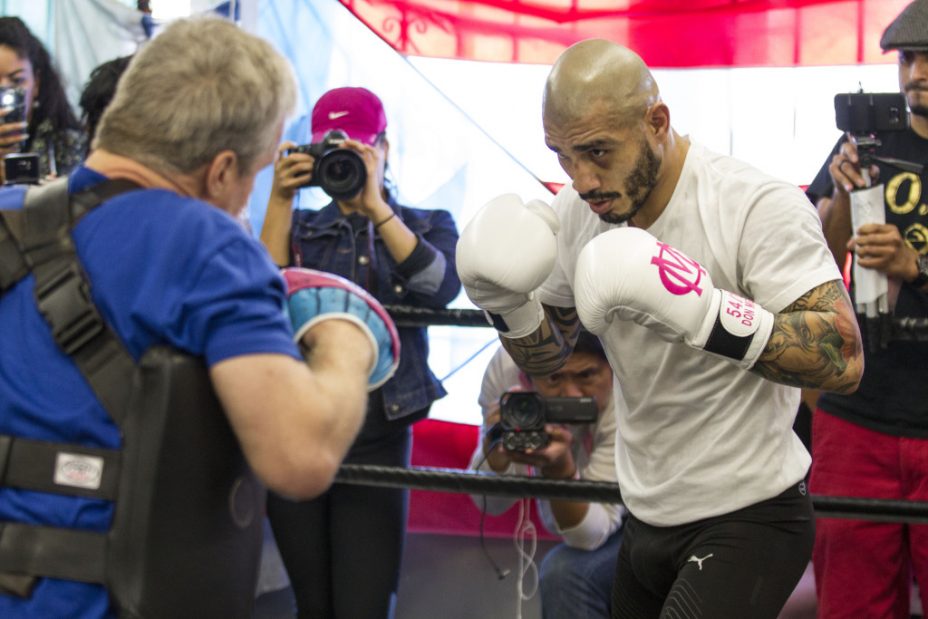 The Puerto Rican star has prepared for numerous fights in the sunshine state with this camp being his second in Orlando.

“Training is going great,” said Cotto.  “I am having fun and enjoying it more than ever. I love it here and I feel at home.  I have the same focus and mentality to obtain a victory as I did when camp started.  [Trainer] Pedro [Diaz] is a magnificent strategist.”

Cotto has kept the same company in his camp over the last few years, including his mother, who cooks for Team Cotto.

“I have the same diet as always,” continued Cotto.  “My mother is with me, so you can imagine how well I am eating.”

When he isn’t in the gym, Cottospends his free time playing video? games, cooking and spending time with his team and family. There are also two new additions to Team Cotto, French Bulldogs named Tonka and Tika.

While Cotto’s team helps motivate him in and out of the gym, he credits his father, Miguel Cotto Sr., as his biggest inspiration to work hard and win on May 5.