Avoided Again: GGG Won’t Be Fighting In December, After All

Avoided Again: GGG Won’t Be Fighting In December, After All

So now Daniel Jacobs won’t be fighting GGG. Oh, we’re told the fight might happen in 2017 rather than in December of 2016, as everyone had hoped…but I’m not convinced. Whether WBA belts are on the line or not, my guess is team Jacobs will now try to put the fight into a state of indefinite marination, leading fans to salivate for a B-plus level matchup (at best) that may indeed never come. I suspect the same will happen with a potential Golovkin-Saunders bout. And, yeah, I think there’s good reason to believe team Canelo would rather GGG take a one way trip to Pluto than ever meet their man in the ring, so I don’t expect GGG-Canelo to happen anytime soon, either. 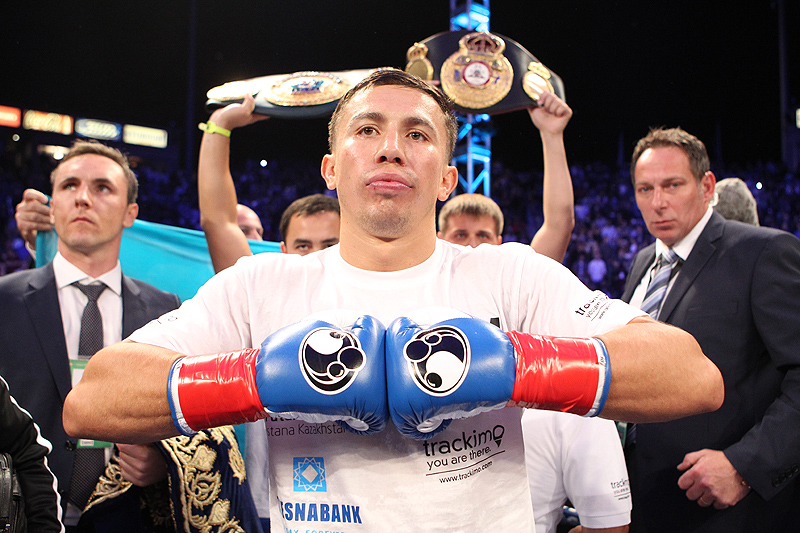 This is an opinion piece, so I can only offer my opinion. In other words, what I say here isn’t holy writ. With that in mind, however, I think it’s time for all of us to face facts. Most top level opponents who could possibly face Gennady Golovkin simply don’t want to. That or their teams don’t want them to. It’s as simple as that. I see a lot of hyperbole in today’s boxing media and try to avoid the trap of loud proclamations and “telling it like is” posing. Yet I have to call it like I see it and I see Golovkin being ducked right now – plain and simple.

What, then, is Golovkin to do? I’m not his manager, so I don’t know. I’m hoping, though, that Golovkin’s team starts playing hard ball. I don’t like the fact that GGG is now skipping a December fight date just because team Jacobs is playing terminally hard to get. Perhaps team GGG needs to realize that the big fights just might not come (at least not in a reasonable and/or professional time frame), so maybe it’s best to turn lemons into lemonade. At this point I might find it refreshing if Golovkin, in his broken English, stated publicly that he was through chasing after guys and that he would now only be interested in those truly interested in fighting him (I’ve got some kind of imagination, I know).

Sure, those behind Jacobs, Canelo and Saunders would breath collective sighs of relief if GGG lost interest in their fighters, but is the option we’re now living through any better? Does anyone like the fact that Oscar De La Hoya is putting off a GGG-Canelo match for as long as humanly possible? Is it even worth getting upset about at this point? Seriously, neither Canelo, nor Saunders, nor Jacobs is all that great of an opponent for Golovkin when you really think about it. Andy Lee, in my opinion, would stand a good chance of beating any of those three men, so what’s wrong with Golovkin fighting him instead? A healthy Tureano Johnson, you say? Why not, I say.

Look, fans were made to wait and wait and wait for Mayweather-Pacquiao, but those were elite talents. With all due respect, Jacobs, Canelo and Saunders aren’t – at least they certainly don’t seem to be. So why demand they throw down with GGG if they don’t want to? Canelo-GGG might make a ton of money, but truth be told, the fans wouldn’t see a dime of it anyway. Let Canelo play to his huge but diminishing fan base if he wants. I’d assume Golovkin could still make a decent living without him. Sure, it would be a shame if GGG couldn’t get the “big money,” but my guess is that he’s doing pretty well for himself as it is.

And besides, no one gets paid for sitting around waiting for someone to maybe say “yes.”