That loud thumping sound you heard this past weekend was that of Heavyweight contender Luis Ortiz (31-2, 26 KOs) hitting the deck after a massive right hand from Deontay Wilder.

The aforementioned Wilder (42-0-1, 41 KOs) successfully defended his WBC title for the tenth consecutive time with the knockout victory which took place in the seventh round at the MGM Grand Arena, in Las Vegas, Nevada. With the victory, Wilder has officially set up a rematch between himself and Lineal Champion Tyson Fury for February of 2020. 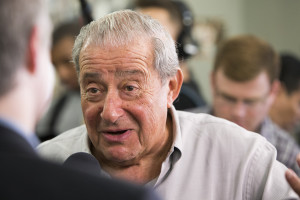 Whenever Fury is mentioned in the vicinity of Wilder, you will immediately hit a nerve with him. There are several reasons behind this.

For one, the amount of trash talk that occurred both during the lead up of their contest and after, has never sat well with Wilder. Beyond just their war of words, Wilder has protested that his 12th round knockdown of Fury should have resulted in the end of the contest. Replay has shown that Wilder could be right as referee Jack Weiss gave Fury what seemed to be a generous count.

Before Wilder knocked Fury down in the 12th, he managed to do so in the 9th. Other then those two knockdowns however, Fury seemed to be outboxing Wilder effortlessly.

“Fury won that fight easy, easy. I wasn’t watching that fight in person. I was with Oleksandr Gvozdyz, who was in Quebec to win the light heavyweight title. Vasily Lomachenko and Oleksandr Usyk were there to support him. We all went to a room to watch the fight on television. At that point, nobody was expecting anything from Tyson Fury because he had been out of the ring for so long. We scored the fight and we had Fury winning at least eight rounds. Watch that fight, Fury won that fight easily.”

Fury of course, won the WBA, IBF, WBO, IBO and Lineal titles from long reigning champion Wladimir Klitschko back in 2015. Following his victory, Fury would go on to leave the sport of boxing for nearly three years due to several issues that were drug and depression related.

Fury would come back in 2018, where he would take on subpar competition in Sefer Safari and Francesco Pianeta. Many thought that Fury wasn’t quite ready to take on Wilder at that point in time, but he proved many wrong with his eye catching performance.

Now that Fury has continued to stay active in the ring which has included back-to-back wins over Tom Schwarz and Otto Wallin, Arum expects Fury to shine in the rematch with Wilder.

“Fury was 65% of what he will be in the next fight. Wilder was at 90%. There is one winner in the rematch and that’s Fury. Wilder has a puncher’s chance. He’s a devastating puncher, but Fury is not going to get caught like he did in the last fight.”

Previous Nelson Cuevas: “If it wasn’t for Cus ( D’amato) I wouldn’t have kept going in boxing”
Next Deontay Wilder’s Legend is in Full Bloom 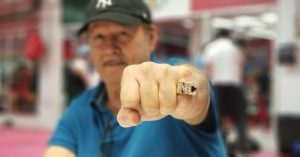