The following is the Boxing Insider notebook for the week of January 10th to January 17th comings and goings in the sport of boxing that you might have missed. 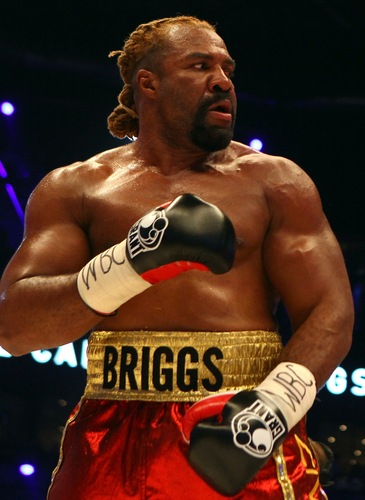 Ireland’s Michael Conlan, recently signed by Top Rank Promotions, will hold a press conference to announce that he will be making his pro debut on St. Patrick’s Day at the “O’Mecca of Boxing” at the Theater at Madison Square Garden.

Conlan represented Ireland in the 2016 Summer Olympics and the press conference will be held on Wednesday, January 18th at the Madison Square Garden Chase Square. It will be streamed live on youtube at https://www.youtube.com/watch?v=jUMA2SdFlzA.

In a historic showdown that will rival the biggest fights in the history of Mexico’s proud boxing lineage, two-division world champion and Pay-Per-View star Canelo Álvarez (48-1-1, 34 KOs) will take on former WBC World Middleweight Champion Julio César Chávez, Jr. (50-2-1, 32 KOs) on Cinco de Mayo weekend, Saturday, May 6 in a 12-round battle to be contested at a maximum 164.5 pounds. The event will be produced and distributed live by HBO Pay-Per-View®.

Details regarding venue and an international press tour will be announced soon.

“I’m excited to announce my fight against Julio César Chávez, Jr. and confirm that I will be prepared, like I’ve been throughout my career, to give a great fight,” said two-division World Champion Canelo Álvarez. “I want to remind you that when two Mexican fighters face-off, a spectacular show is guaranteed, and I can assure you that May 6 will be no exception especially during the Cinco de Mayo festivities.”

“Cinco de Mayo and Mexican Independence Day in September are important dates for us Mexicans, and I’m expecting a great night for boxing and the whole world,” Canelo continued. “Don’t miss this special event live on HBO Pay-Per-View®. We’ll soon be announcing where the fight will be held.”

“I dedicate this fight to Mexico,” said Julio César Chávez, Jr. “I’m going to win, but my country will too because this is the fight that boxing needs.”

Álvarez was last seen in the ring Sept. 17, 2016, knocking out the previously undefeated WBO junior middleweight champion Liam Smith in front of more than 51,000 fans in Dallas, Texas. Chávez was last in action Dec. 10, 2016, when he secured a unanimous decision victory over highly regarded German fighter Dominik Britsch in Monterrey, Mexico.

“Boxing has been searching for a fight to draw the casual fan back to our sport, and Canelo versus Chávez, Jr. is just that fight,” said Oscar De La Hoya, CEO and Chairman of Golden Boy Promotions. “Canelo, the biggest star boxing, will take on not only a former world champion in Julio César Chávez, Jr., but the son of the biggest star in the history of boxing in Mexico. Add in 98 victories and 66 knockouts between these two superstars along with a Cinco de Mayo fight date, and you have a can’t-miss battle.”

“Canelo vs. Julio César Chávez, Jr. is one of the premier and most compelling matchups in boxing today,” said Tony Walker, Vice President of HBO Sports. “May 6 has all the makings of an extraordinary event as these two Mexican warriors will lay it all on the line to show who is the best on Cinco de Mayo weekend. It will be an evening that every fight fan will want to experience live on HBO Pay-Per-View®.”

Canelo vs. Chávez, Jr. is a 12-round fight presented by Golden Boy Promotions and sponsored by Tecate, BORN BOLD. The event takes place on Saturday, May 6 and will be produced and distributed live by HBO Pay-Per-View® beginning at 9:00 p.m. ET/6:00 p.m. PT.

D and D Management Team LLC is proud to announce the signing of prized amateur Dylan “The Real Dyl” Price to a management contract.

Price, 18 years old of Philadelphia will compete in the super flyweight division.

Price had an outstanding amateur career record of 112-12, and finished as the number-1 ranked fighter in the United States and number-3 in the world.

“I Would like to thank Doc Nowicki and my dad Dave Price for believing in me, and for providing for me even as an amateur. They were always there with the financial support needed so that I was always able to concentrate on the task at hand. I am still a senior in high school, and I am still balancing my school workload with my boxing load, but I always enjoy challenges so it works out,” stated Dylan Price.

“I am very happy to sign Dylan (also known as Lil Dave). I have been following him through his amateur career, and I was very proud when he won the bronze medal at the world amateur championship in Russia.

We look forward to him beginning his professional career in February and anticipate him having 5-6 fights in 2017,” said Doc Nowicki, manager of Dylan Price.

Marshall Kauffman’s King’s Promotions is excited to announce the promotional company has inked a 5-fight deal to stage high quality boxing events at the 2300 Arena in Philadelphia.

Those dates, which will be in April, May, June, September and December, and will help make KIng’s Promotions the busiest promoter on the east coast for the 3rd straight year.

Those five dates are added to at least four dates at the Sands Bethlehem Event Center.

King’s Promotions 1st date of 2017 will come on Saturday, February 11th at the Rosecroft Raceway in Fort Washington, Maryland.

King’s Promotions, which has been one of the most active promoters in the United States, staged events in Pennsylvania, New Jersey and Florida, Maryland, Virginia and Washington, D.C. in 2016, and is eager to continue putting on entertaining cards that will not only feature the best fighter’s from the Delaware and Lehigh Valley, but the top fighters from all over the world in nationally televised events.

“We are happy to get this deal done and we are excited to showcase our events in the great fight town of Philadelphia,” said Marshall Kauffman of King’s Promotions.

“The 2300 Arena is a 1st class facility and its a pleasure to work with Roger Artigiani and his staff.”

The bout will headline a card promoted by Rising Promotions.

CEO of Rising Promotions Debra LaManna stated, “We are starting 2017 with a tremendous card and we plan on only doing bigger and better things for boxing this year.”

LaManna of Millville, New Jersey has a record of 21-2 with nine knockouts.

The 25 year-old is coming off a defeat to undefeated Dusty Hernandez Harrison in a thrilling bout that took place on September 15th in Philadelphia.

In that bout, LaManna fought a good fight and had solid moments throughout the hotly contested bout that was for the USBA Welterweight title.

LaManna is moving back up to the 154 pound division where LaManna is undefeated (7-0 between 148-154 pounds) in the division for which he turned professional in 2011.

After suffering his first professional defeat to undefeated middleweight prospect Antoine Douglas, LaManna ripped off five consecutive victories that was highlighted by by a 4th round stoppage over Kendal Mena (20-3).

“I’m looking forward to displaying my boxing skills against this rugged veteran,” said LaManna He’s been in the ring with a lot of good fighters and former world champions, but never been in there with me. I feel my height, youth and size will play a big role in this fight but it’s all about making adjustments and fighting the smartest fight possible to get the win.”

“My last fight, I took a L but that stands for “Lesson” and since that lesson, I’ve been training extremely hard and I’m very focus at this task at hand.”

The 30 year-old Flores is a 10 year professional, who has taken on the best fighters in the 135-154 pound divisions such as former world champions Carlos Baldomir, Diego Chaves & Kermit Cintron as well as 19 other undefeated opponents, for which Flores had three wins and a draw.

Flores is coming off a six-round unanimous decision defeat to undefeated Sammy Valentin (9-0) on November 18th in Kissimmee, Florida.

Mitchell has faced terrific competition and has only been stopped once, and has fought four undefeated fighters.

GH3 Promotions undefeated up-and-comers LeRoy Davila and Keenan Smith will head an impressive list of prospects that will be featured in non-televised action on Friday night, Jan. 20 at Ballys Atlantic City Hotel & Casino that will precede a tremendous quadrupleheader that will be televised live on ShoBox: The New Generation card on SHOWTIME®.

Davila, a 2016 United States Olympic Alternate is beginning his second year as a professional and is coming off a 4-round unanimous decision over Damon Simon on Nov. 11 in Philadelphia.

Taylor, 25, has been a professional for two years, and is coming off a third-round stoppage over Jajuan Gills last July 23 in Youngstown, Ohio.

Smith, of Philadelphia, has a record of 9-0 with 3 knockouts, and will take on Marquis Hawthorne (4-5, 1 KO) of Waco, Texas in a welterweight bout scheduled for six-rounds.

The 26 year-old Smith is a seven-year professional. In recent bouts, he has stepped up the competition. He holds a second-round knockout over previously undefeated Lavell Hadley (2-0). In his last bout, Smith won an eight-round unanimous decision over Benjamin Whitaker (10-1-1) on Nov. 6, 2015 in Las Vegas, on ShoBox.

Hawthorne, 25, is a two-year pro and holds a win over previously undefeated Francisco Cruz (5-0). He will be looking to break a three-fight losing streak, with the latest being a four-round unanimous decision to undefeated Jeremy Nichols (6-0) on Sept. 30 in Las Vegas.

Shannon Briggs has released a new app game called Clash of Champs. It was released last week and is now available to download.

View the trailer at: https://www.youtube.com/watch? v=gtm5m1FK6YE