British Boxing |The Year Ahead

British Boxing |The Year Ahead

2016 was the year of the British Boxing Boom. The country’s fighting men have re-stamped the Great back into Britain, and we should all be proud. The year ended with Britain boasting world champions in 10 out of the 17 available weight-divisions; and a total of 12 current world titleholders – the most champions of any other nation on the planet. We saw some classic fights and we witnessed history. Northern Ireland’s 2-weight world champion, Carl Frampton, was awarded ESPN’s Fighter of the Year. The fifth-round of the heavyweight tear-up between London rivals Dillian Whyte and Dereck Chisora was recognised as the Round of the Year by ESPN; and Scotland’s Ricky Burn made history by becoming the first of his countrymen to have won world titles in 3 different weight divisions. 2016 was a brilliant year, so what is 2017 going to offer? 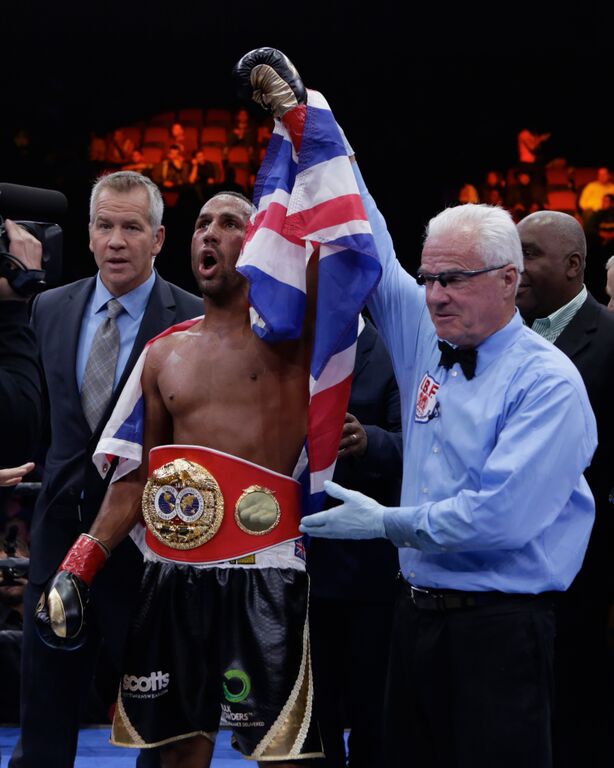 Here are 5 confirmed fights for the first half of the year (in order of date):

Degale has not fought on Britain’s shores since November, 2014. Since then, he has won the vacant IBF super-middleweight world title across the pond and will remain there for his unification-fight against WBC title-holder, Badou Jack. This is a relevant fight and a great way to kick off the year’s fight calendar.

These two provided an unforgettable featherweight contest last July which saw the Northern-Irishman come out on top against his tough Mexican rival to become a 2-weight world champion. The closely fought battle was quite the spectacle and fans are rightly excited to see their rematch later this month.

This fight makes the list because fans see it as a bit of a farce. Eubank Jr has had a decent 2016 in the ring where he fought a couple of decent domestic level fighters. He angered fans outside of it when negotiations for his fight with boxing’s boogieman Gennady ‘GGG’ Golovkin fell through. Many blamed Eubanks and his team. This led to one of biggest fights last year when the valiant Kell Brook stepped into the lion’s den and was ultimately stopped by the US-based Kazakh. Brook gained kudos and Eubank lost face. Now, he is returning in a pay-per-view fight against an opponent that no-one as ever heard of. A recent poll by a popular boxing magazine showed that 85% of the British public said they would not watch the fight, much less pay for it. It will be interesting to see how this one plays out.

Following a 3 year hiatus, Haye made his return to the ring last January in a year that saw him punch leather in to the faces of 3 overmatched opponents. Tony Bellew, for his part, has had a year to remember. We saw him mixing with Hollywood royalty on the big screen in the Rocky spin-off, Creed, as well as realising his dream to become a world champion at cruiserweight in front of a sell-out home crowd. Now he has decided to move up in weigh to challenge the Hayemaker in a match that has the causals buzzing.

Joshua claimed a world title after blasting out the unworthy champion, Charles Martin, in April last year. He returned twice that year to defend his belt against more underwhelming opponents. Now he is looking to step up in rank by taking on the former chief, Wladimir Klitschko, in the spring. Joshua will be looking to add the first worthy name to his résumé while the old ex- champ, though long in the tooth, will be looking to prove that he still has a bite.

This fight has been boiling over for far too long. It risks fizzling out into nothingness like countless number of ‘what if’ fights that fans tend to agonise over. Both men are coming off knockout losses to much bigger opposition and have grown their stocks as a result. Who would not like to see two elite fighters who have no love for one another duke it out for the nation’s recognition in the ring, while in the prime or their lives? 2017… Let’s have it!