Cecilia “First Lady” Braekhus, 29-0 (8) was born in Cartagena, COL, some 35 years ago. On January 28th she will make only her second appearance in her now residence of Bergen, Norway. She will be defending her WBC welterweight title against Klara “Swedish Princess” Svensson, 17-1 (5). Her WBA, IBF, WBO and IBO titles will not be at stake. 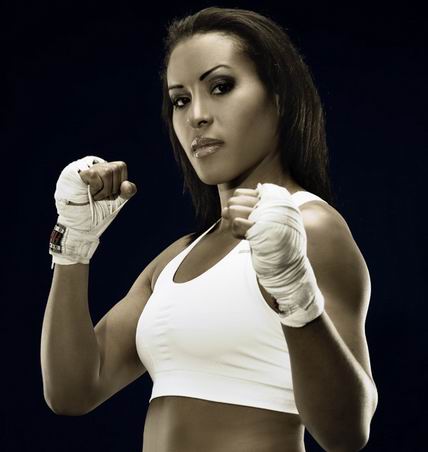 In 2004 Braekhus won a Silver Medal at the European Championships in Riccione, IT. Then she won a Gold Medal in the same tourney in 2005 in Tonsberg, Norway. In 2005 she won a Silver Medal at the World Championships in Podolsk, Russia. She would turn professional in 2007 in Switzerland and then Belgium. Those were her only stops in those two countries.

In June of 2008 Braekhus had her one and only US bout defeating Nicole Woods, 4-2, in Hollywood, FL. In hereleventh fight she won her first world titles in the WBA and WBC defeating Denmark’s VinniSkovgaard, 7-0, in Germany. It was her “adopted” country fighting in that country some 10 times. Only in Denmark has she fought more times with a total of 13. The next 18 fights would all be title bouts.

Two fights later in September in her first bout in Denmark, Braekhus defeated Italian Lucia Morelli, 12-0, out of Germany. In May of 2010 Braekhus added the IBO title to her already WBA and WBC belts in defeating Victoria Cisneros, 5-8-2,of Albuquerque, NM, in Denmark. Cisneros had won her two previous fights. In the next defense for Braekhus she stopped Sweden’s Mikaela Lauren, 6-0, in Germany.

On May of 2011 Braekhus took on her most experienced opponent defeating ChevelleHallback, 28-6-2, of the US, in Denmark. Three fights later she defeated Anne Sophie Mathis 26-2, of France, in the first of their two fights. Opening up 2013 she stopped Mia “The Knockout” St John, 47-12-2, of the US. John had defeated Christy “Coal Miner’s Daughter” Martin for the WBC super welterweight title several fights before this.

After Braekus stopped another unbeaten boxer in Dominican Oxandia Castillo, 12-0-2, and next defeated MyriamLamare, 22-3, of France. Jessica Balogun, 24-3, of Germany was the next victim in Germany. Back to Denmark she defeated IvanaHabazin, 13-1, of Croatia. Next up she defeated Germany’s Jennifer Retzke followed by beating Chris Namus, 21-3, of Uruguay.

In Braekus’ last fight in a rematch with Anne Sophie Mathis, 27-3-1, she was able to stop her this time, in October in Norway. It was her first bout where her current residency is. Next up also in Norway will be Klara “Swedish Princess” Svensson, 17-1, on January 28th. This will complete her 10 years as a boxer. Can you imagine such good records of boxers she defeated compared to other “so called” champs?