Over the last year, boxing has seen a spike in traumatic brain injuries (TBI) and deaths secondary to injuries sustained in the ring. With these tragedies, many boxing professionals, celebrities, and commentators have proposed ideas to curtail this problem. One proposed solution, screening CT and MRI brain scans, seems to be gaining widespread support. For many reasons, which include violation of basic statistic principles and unintended downstream consequences, screening boxers with brain scans is deeply flawed and potentially hazardous.

Tenants of population statistics require screening programs to meet certain criteria for them to be beneficial. First, the disease under investigation must be relatively common in the population being studied. For example, screening mammograms only benefit women in a specific age group, because outside of those ages, the disease is far too rare to realize any benefit. It is my contention that regardless of what modality is used (CT, MRI, etc.), TBI and death from boxing-related injuries are far too rare to benefit from screening. Next, the screening test must yield few false positives (also referred to as pseudodisease). An inherent characteristic of contemporary brain imaging is that it is exquisitely sensitive at detecting even the smallest, most negligible abnormalities. This means that screening young, healthy boxers will uncover considerable amounts of incidental findings and pseudodisease that ultimately have no bearing on TBI or death. Furthermore, screening tests must be highly accurate in their ability to detect the disease in its preclinical phase. For example, lung cancer screening with CT is effective and beneficial partly because lung cancer can be detected in its preclinical phase (small nodule before it grows and metastasizes). However, for TBI and death, one fundamental concern is that the preclinical phase likely does not exist. Finally, a screening test should be relatively low-risk and cause little morbidity. Unfortunately, as it relates to boxing, screening carries substantial risks, which are discussed below. 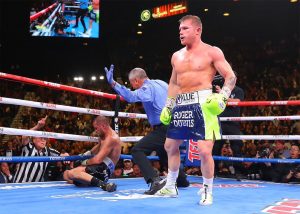 As previously mentioned, brain scanning is exquisitely effective at detecting even the tiniest, most inconsequential irregularities. This precision, which can be advantageous when applied to specific populations, can lead to detrimental false positive results and incidental findings when applied to healthy boxers. In fact, it can be anticipated that 10-15% of scans would yield false positive results in this population. To illustrate the conundrum that would ensue, imagine we aim to prevent TBI or death in a healthy 26-year-old boxer with brain scanning. The boxer obtains his scan and it shows a small irregularity. But what does this irregularity actually mean in terms of his boxing-related TBI or death risk? What can, or should be done to address this finding, and if nothing, how regularly should we monitor it? Boldly put, due to a scarcity of research we simply don’t know the answers to these questions, along with others that will undoubtedly ensue. Presently, medical research has not elucidated ample evidence-based information to decisively say which brain scan abnormalities would place a boxer at higher risk for TBI or death. Obviously, a large brain tumor would be a clear indication to halt a boxer’s career, but unfortunately the vast majority of abnormalities detected by brain scans in this population would be much less striking, making the management less clear-cut. Similarly, it is unclear whether those that die or sustain TBI actually had a prior abnormality that may have caused the tragedy, or if there was, whether it played any role in the tragic outcome.

Along the same lines as false positives and incidental findings, brain scanning in boxers would lead to harmful false negatives as well. In this scenario a false negative would be a normal brain scan in a boxer that eventually dies or develops TBI. Again, medical research has yet to study whether normal brain scanning somehow prevents or lessens the risk of TBI or death. Actually, it seems logical that most brain injuries and deaths from boxing result from acute trauma in previously healthy, normal brains, which is why these tragedies will persist despite screening.

Even if medical research could clarify some of this uncertainty, the risk of developing TBI or death from boxing is so small that any hypothetical benefit gained from screening would be miniscule. As an example, assume that currently 1 out of every 1,000 boxers die or sustain TBI (0.1% occurrence rate). Now, let’s imagine that screening reduces the risk by 50% so that the risk of TBI or death becomes 0.05% (of note, no screening tests or programs in medicine exist that are even close to this successful). Given this risk reduction, 0.1% to 0.05%, the number of boxers that would need to be screened to prevent one tragedy would be 2,000. Said another way, 2,000 boxers would need to be screened to prevent one death or TBI (also of note, most screening tests in widespread use have a number needed to treat less than 100). This means that 1,999 healthy boxers would need to be subjected to the harms of screening in order prevent one TBI or death. Needless to say, few would argue in favor of such a plan given its high risks and small potential benefits.

Performing a screening test is pointless if there are no interventions to address the abnormalities. We wouldn’t screen for cancer if there were no available treatments. Likewise, we shouldn’t screen for brain abnormalities in boxers since there are no obvious treatments other than indefinite suspension. Since screening will uncover numerous insignificant abnormalities, a conundrum becomes what to do with this information. Perhaps suspend all boxers with abnormal scans until a neurologist clears them to box again, but this would undoubtedly overwhelm our already depleted healthcare system. Even if resources to specialty care were available, it remains unclear what healthcare providers are to do with this information given the lack of research in this field. Certainly, you’d be hard-pressed to find any physician that would decisively comment on whether certain brain scan abnormalities portend higher risk of TBI and death. So, perhaps the solution is to temporarily suspend the boxer and follow the abnormalities over time, but even in this scenario, it’s unclear what to look for, or how long the surveillance period should be. The most conservative and cautious approach would be to permanently suspend all boxers with brain scan abnormalities, regardless of its effect on risk of death or TBI, but this strategy would rob numerous boxers of their passion and livelihood. Clearly, because there’s no obvious plan in place to address this deluge of abnormalities, a screening policy in boxing is likely to be harmful.

For many boxers, competing at the professional level is their only method of livelihood for themselves and their families. Presumably, suspension and outright banning of boxers would have catastrophic consequences for both boxers and their families, not to mention adverse societal downstream ramifications (i.e., depression, anxiety, crime, addiction, poverty, etc.). Should a screening program be initiated, it is imperative that legislators anticipate these problems before they balloon into an epidemic.

Although brain scanning may seem to be relatively harmless, there are numerous underappreciated risks associated with these scans that boxers will need to endure. The amount of radiation, intravenous contrast, and gadolinium exposure associated with scanning should not be downplayed, especially if there’s no limit on the amount of scans that will be performed. Also important to consider are the downstream invasive procedures associated with screening (similar to biopsies with cancer screening) that will be required. Invasive procedures, even more than the scans themselves, have an enormous potential to cause morbidity and mortality, especially considering that these will be performed on the brain.

One obvious concern with a brain screening policy is cost. Assume, on average, that the overall cost of one scan is $500. This means it would cost $1 million to prevent one death or TBI ($2,000 X $500). Some might argue that $1 million is a small price to pay to save a life, but it remains unclear how this would be funded. This is something to acknowledge, especially given the current state of our country’s healthcare system.

If a screening program is to be instituted, ultimately someone, likely a medical professional, will need to decide whether it’s safe to box. Who makes this call, and what happens when an unintended consequence happens? Will there be a rash of malpractice suits, and if so, who funds the malpractice insurance? Again, more unanswered questions with very few answers.

It is crucial to highlight that screening boxers will assuredly drain our healthcare system of essential resources and make access to them more difficult. There’s already a limited finite supply of resources (scanners, technicians, radiologists, etc.) and inundating it further with wasteful tests is likely to be catastrophic. Should screening be initiated, it’s easy to envision scenarios where children with seizures can’t get MRIs, or patients with strokes can’t obtain CT scans.

The recent uptick in boxing deaths has led many to propose the institution of screening brain scans in an attempt to make boxer safer. Although undoubtedly admirable in their intentions, it is imperative that proponents of this idea realize that such a plan is deeply flawed and would be irresponsible from statistical, societal, and economic standpoints. It is clear that the risks of instituting such a program would far outweigh any potential benefits.