Oscar De La Hoya says he’s going to fight July 3’d. Mike Tyson says he’s going to fight Memorial Day weekend. Jake Paul and Ben Askren are set to throw down in April. In short, there’s a lot of big name novelty boxing going around these days. What there doesn’t seem to be a lot of is big name contemporary, high level boxing going on. And that’s a shame. As I stated on social media this week, De La Hoya may well get in the ring before Manny Pacquiao, the last man he fought (and who, by the way, is still technically an active boxer) does.

It will take a while for Pacquiao to catch up with De La Hoya, who hasn’t fought in a decade, but the fact the PacMan hasn’t stepped inside the ring since 2019 is telling. Still, it’s hard to fault Pacquiao for going slow. There’s been a huge pandemic, after all, plus he’s a senator, plus he’s fought frequently and hard enough to now essentially be free to do whatever he wants. The same can’t be said for other big names, though. When, exactly, are Anthony Joshua and Tyson Fury going to face off in the ring? We’ve been hearing a lot of talk but are not seeing anything settled.

And, while we’re at it, is it even worth thinking about the once much desired fight between welterweight kingpins Terence Crawford and Errol Spence? It seems that even the fan base has moved on from that one on account of the fighters themselves seeming disinterested. Let’s not stop there, though. Where, for instance, is Keith Thurman? Or Deontay Wilder? Or Gennady Golovkin? Big name fighters can have their reasons for not fighting – some of them quite legitimate. At some point, however, these guys should probably be considered among the ranks of their unemployed, since they can’t – or won’t – engage in their profession.

At least there’s Canelo. And Billy Joe Saunders. And Roman Gonzalez. And Juan Francisco Estrada. And Srisaket Sor Rungvisai. And Carlos Cuadras (those super flyweights know how to handle their business). Without them, boxing might essentially be a place for old timers and social media celebrities for at least the amount of time it would take for a new breed of serious ring talent to emerge. None of this is to say combatants such as De La Hoya, Tyson, Paul, and Askren should be disdainfully written off, however. So long as everyone remains safe, the events these men are headlining could be fun.

And, hey, at least they’re fighting. 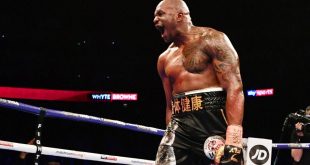 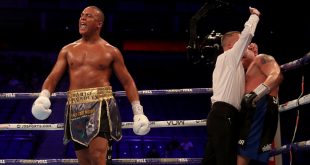 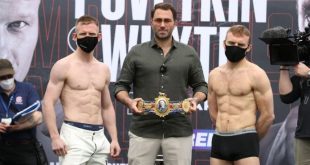 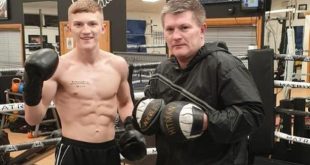