I had the pleasure of watching one of the best televised fights of the year this weekend. It went down at Coney Island and unfortunately was relegated to the NBC Sports Network. That’s too bad, because the brawl I witnessed between featherweights Heather Hardy and Shelly Vincent was an all-out war, comparable in action to the much applauded Conor McGregor – Nate Diaz UFC match a day earlier. Watching the tide perpetually change between Hardy and Vincent this weekend, I kept thinking how ridiculous it is for people to claim boxing is dead. For what went on at Coney Island was, for lack of a more academic term, terrific stuff. 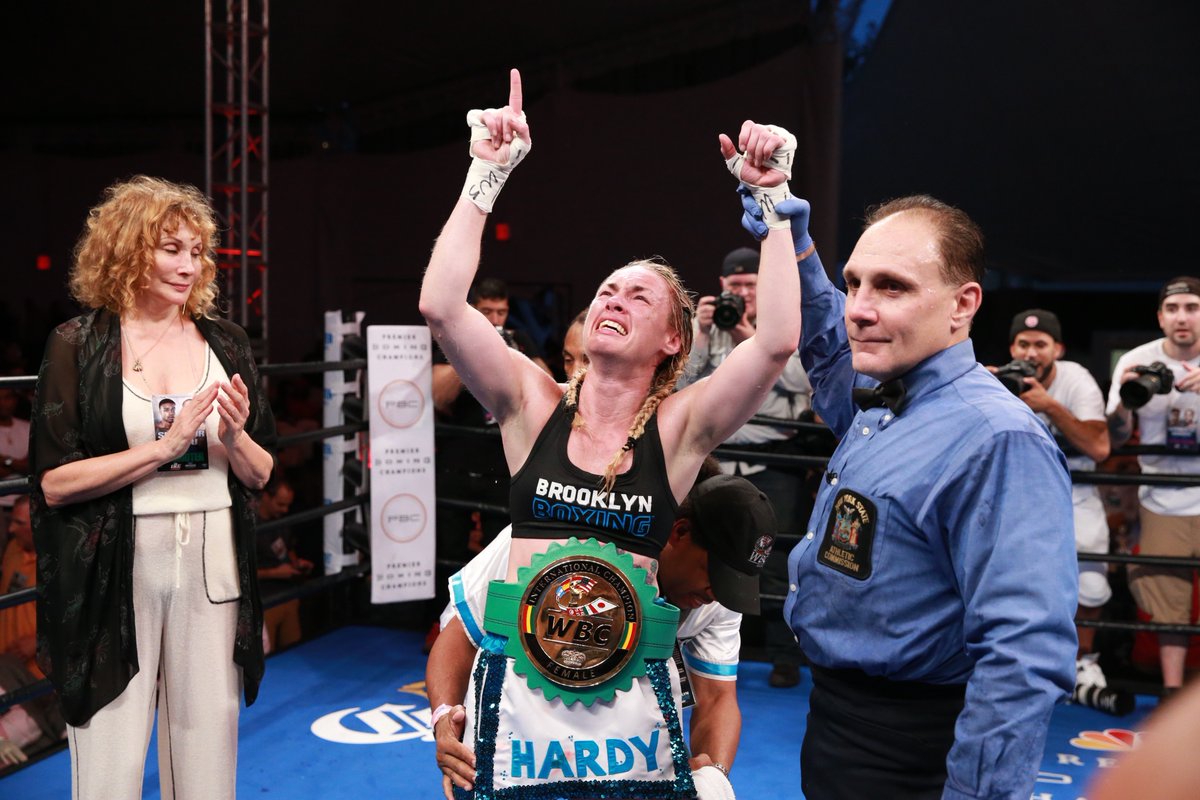 Truth be told, I’m not even sure who I think really won – though the decision went to Hardy. Looks like I’ll have to watch it again. In the meantime, let me bring up another female fighter who deserves all kinds of praise now that the Rio Olympics have come and gone. For America’s Claressa Shields has now won not one, but two Olympic gold medals. What’s more, she’s the first American boxer, male or female, to ever do so. After being adorned with her second gold in Rio, Shields took the first gold medal she won out of her pocket (she got that one in London back in 2012) and placed it on her shoulders along with her newest hard earned prize.

There she was, an American boxer, standing on the podium with not one, but two gold medals around her neck. If that doesn’t tell fight fans something, I’m not sure what does. Truth be told, female boxers have essentially told us fans these past few days that things aren’t always as bad as they seem. While it appears that many – though certainly not all – male boxers have taken to playing it safe, their female counterparts appear to be daring to be great.

Back to Sunday evening. Engaging with “Boxing Twitter” while watching the Hardy-Vincent bout, I noticed fight followers doing something they aren’t generally apt to do – publicly show their appreciation for the combatants. The typical online snideness seemed to have vanished as Hardy and Vincent traded one shot after another. All that was left was a sense of “wow, this is a great match.” Someone even wondered in one hundred and forty characters why women fighters aren’t getting more exposure in the fight world right now.

It was a good question. The sport really needs competitors like Shields, Vincent and Hardy. After all, action, and gold medals, go a long way.