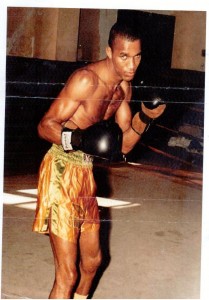 Judge John Milton Younge’s discovery created a problem for sworn officials in the Philadelphia District Attorney’s Office. They could conceivably get their reputations smudged for framing Fletcher back in 1992. That’s when the state Supreme Court moved in. The justices on the court operated within a depressingly familiar old boy network (girls too, these days), a network whose members take care of their own. And Fletcher, a kid who at least for awhile had climbed out of the ghetto by joining the Army and learning to box, wasn’t one of their own.

The “justices,” reacting to an appeal from the D.A.’s office, took their time, finally issuing a ruling four years after Younge had ordered the retrial. There was no hurry. They weren’t sitting in stir. Amazingly, when their ruling came down it never actually dealt with the facts spelled out in the autopsy report. The report proved Fletcher shot small-time crook Vaughn Christopher in self-defense while struggling for Christopher’s gun, just as Fletcher said, and that the prosecutor’s key witness, hooker-thief Natalie Renee Grant, who owned a rap sheet the length of a furlong, was lying. But the justices, just like the District Attorney’s Office that framed Fletcher, weren’t interested in guilt or innocence. The question never came up in their ruling.

The “higher” court agreed with the D.A.’s office that Fletcher was “not entitled to relief because he waived his claims by failing to raise them” when he’d filed an earlier petition without a lawyer. In other words, they kept him inside on a technicality and refused to look at whether his conviction and punishment was a reasonable outcome. And, building an even higher wall around the horrific atrocities police and prosecutors had perpetrated against Fletcher, the Pennsylvania Supremes wrote their ruling in such a way as to make it just about impossible to file any more appeals based on the facts. In a brilliant stroke of savagery, they ruled against the facts without considering them. He stayed entombed alive and the “justices” went home to dinner. Can they really get away with this? I don’t know. Let’s find out.

The earlier briefs that, according to the justices, neglected to raise the autopsy issue, had been filed by Fletcher because after losing his trial with a blundering court-appointed attorney he figured he’d be better off handling his own appeal and filing his own briefs. It was a tragic error because when a defendant represents himself he technically can’t file appeals based on his own mistakes. So his appeal could technically be “waived.”

The justices “also ruled that even if the claim had not been waived, no relief was due” because Fletcher “failed to establish prejudice.” Prejudice is traditionally very difficult to prove to the satisfaction of a court. But in a system that concerned itself with justice no one would sit on death row for committing legal errors when evidence proves his innocence.

The brilliant Franz Kafka devoted his life to writing about banal functionaries who committed pitiless crimes against poor souls under their sociopathic thumbs. And he’d never seen Pennsylvania, which makes him even more of a visionary. Some of these justices, who had to twist the statutes into pretzels to come up with a legal decision devoid of justice, still sit on the highest court in the state. Others moved on. All claim the grandiose description of “honorable” before their names, but I’ll skip that, thank you. They were Jane Cutler Greenspan, who wrote the ruling, and Ronald D. Castille, chief of the court; J. Michael Eakin; Max Baer; Debra McCloskey Todd, and Seamus P. McCaffery, all of whom joined the opinion. Thomas G. Saylor “concurred.”

For additional details about the case and information on Fletcher’s career as a soldier and lightweight contender, do a site search, above left, on Anthony Fletcher and retrieve our previous article. A future article will show how the details of the official autopsy report were suppressed all these years by prosecutors acting in behalf of the people of Pennsylvania. Also, the cops conveniently “lost” physical evidence that would have ruined their case.

None of this reporting would be possible without the hard work of my brilliant, kindhearted wife Connie Goldman, who dug through a mountain of paperwork relating to Fletcher’s case and helped me find what’s buried inside. These bastards made a big mistake when they got on her wrong side. Fletcher himself can be reached at this address: Mr. Anthony Fletcher, #CA1706, 175 Progress Drive, Waynesburg, PA 15370.

Previous Peter Berg, Freddie Roach & Paley Center’s Presentation of “On Freddie Roach
Next Boxing Hall of Fame Class of 2012 To Be Inducted Sunday