The status quo and the quality of the current heavyweight boxing division have been exceedingly irksome for quite some time now; so please, I beg of anyone out there that thinks they can step up to the plate and present a rebuttal for thinking that I’m wrong and being overly evasive. For the millions of real boxing fans out there, that I’m certain will agree with me, I think you’d be very hard put to try and come to this decadent heavyweight division’s bleak looking defence. You may think I’m being harsh, but look at some of the quality of fights from yesteryear, i.e. Tyson v Lewis, Holyfield v Tyson, Ali v Fraser, Ali v Foreman, Marciano v Walcott, and (probably the last great heavyweight battle) back in 2003, Lewis v Vitali Klitschko. 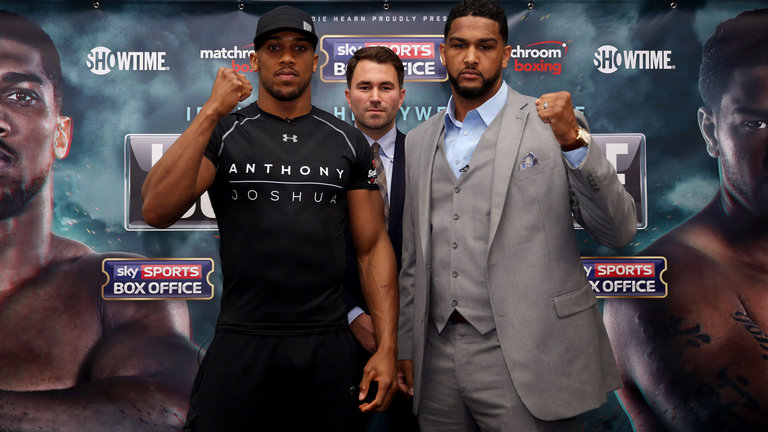 On Wednesday the 17th of August, Wladimir Klitschko uploaded a video to his Twitter to explain an outrageous claim that Tyson Fury (and his team) are trying to change many parts of the contractual agreement and the “financial conditions” of their agreed rematch. Fury, 28, who sensationally won the WBO, WBA and IBF belts from the 40-year-old back in November 2015, was forced to pull out of the original rematch in July due to sustaining an ankle injury during his training camp.

Furthermore, and to make matters more tiring, Fury and his cousin Hughie Fury have also both been caught up in a UK anti-doping scandal over claims that they had taken a banned substance in 2015, but Ukad later charged Tyson Fury with a lesser doping offence after he threatened to sue them. The appeal judgment date hasn’t been confirmed, but it has been said that it will be decided before the scheduled rematch with Klitschko on October 29th, in Manchester, U.K.

The sad sight of this farcical show is just one tiny manifestation of the elitist rankings within the heavyweight boxing division. If the boxing turns out to be anything like the last encounter, a sluggish brawl which was reminiscent of two paralytic drunken men trying to oust one another, then maybe we should all just run for the hills and protest for each of the sanctioning bodies to cancel professional heavyweight boxing indefinitely. Fury – the new heavyweight champion, and Klitschko – the old, once untouchable and dominant previous heavyweight champion. Two fighters, one who couldn’t hit a barn door, the latter, a heralded machine-like luminary who is now finally running out of fuel.

As I indicate in the title, IBF world champion Anthony Joshua (17-0), 26, is someone whom we can all look up to and go: “You know what, respect to this guy because he is doing it how it should be done”. The sheer rapidity of Joshua’s rise is far beyond comprehension, there is no ambiguity in that notion, it is just pure and simple – his promoter is putting slightly better opponents in front of him each outing, and Joshua one-by-one flawlessly dislodges their heads from their shoulders. Animalistic, overawing, precise and professional, that’s Joshua.

Forgive me if you think I’m going overboard with this guy, but to go from fighting an Argentinian unknown like Hector Avila in March 2014 to becoming world champion in April 2016 – after impressively toppling Charles Martin after two rounds – is a rather admirable feat. The problem? It was far too easy for the British heavyweight, and even as the inexperienced fighter he still had no trouble in decimating each of the experienced fighters that were put in front of him.

The question everyone is talking about now, despite the world title fight rematch in October, is whether Anthony Joshua is capable of beating Tyson Fury? In my own opinion, I think there is no doubt that it will happen, the money will make it the biggest fight the division has seen in years. When will it happen? I don’t know. Joshua is quick, he has a remarkable physique, and we can now see in the few rounds that he has boxed, that he does have a chin. You could argue that Fury is a better boxer than Joshua because nobody is yet to have outboxed the self-proclaimed ‘Gypsy King’ so far in his unremarkable yet undefeated career. It’s good to keep in mind that Fury has been dropped before, though. But in all honesty, I cannot see anybody other than Wilder giving Joshua a run for his money. No disrespect to Fury, a man has to work with what he has got. 10/10 to him for showing us all that anything can happen.

The problem we have in the heavyweight division, and sometimes in the others, is that world level fights fail to live up to their hype and seemingly take forever to arrange and finalise. Can you name a stunning world level heavyweight title fight in the last 10 years? The best fight I’ve seen in the heavyweight division in recent years was the Joshua vs Dillian Whyte fight back in December. An overly exaggerated notion, but that is kind of what boxing needs. Life, professionalism, aggression, speed, efficiency and liveliness. So basically, yes, a damn good facelift from the best surgeon in the world wouldn’t go a miss.

Many of you may now be asking: “What about Deontay Wilder?” and damn right you should be. Wilder (37-0), the current WBC heavyweight champion, has just about decomposed of every single boxer that has crossed his path so far (other than Haitian-Candian Bermane Stiverne who Wilder defeated for the WBC title on a UD back in 2015). Most recently, Wilder magnificently soldiered through a match with Chris Areola after he broke his right hand and tore his bicep during the offensive mode, nonetheless, he impressively fought on and dominated Areola – thus forcing a retirement in the 8th.

On the contrary, Wilder’s last fight should probably never have even been considered; Chris Areola had only managed 1 victory in the last 3 years. Wilder and his promoters should be looking for the bigger fights in the division if they can’t get unification matches. Pulev, Povetkin, and Haye would be a good start – all of whom have only lost once at heavyweight and each of those losses at the hands of the once domineering Ukrainian, Wladimir Klitschko.

It’s a sorry sight to see, and unfortunately, I can’t see it getting any better in the years that come unless all of the boxing board associations do more to crack down on mandatory fights, almost in a similar fashion to the UFC where the opponents can’t really dodge one another (there have been a few exceptions, mind). You are told whom your opponent will be, and you will face him regardless. That way, we will see who has got what it takes to be a world champion… not just collecting a world title belt after 15 fights because the champion you are facing was gifted the belt in an easy bout due to the belt being vacated by the previous champion because of an unforeseen catch 22 (a ridiculous mandatory rule that saw Fury surrender the IBF belt almost immediately after his victory over Klitschko).

So fingers crossed, hopefully, Fury and Klitschko smash the head off of one another for 10-12 rounds in October, Joshua and Wilder find credible opposition in the next year, and that a lot of the rest of the division can show some integrity and decency by getting themselves into good physical shape for their boxing matches. We want world-class entertainment, not the nonchalant attitudes which have earned heavyweight boxers the ‘pay cheque collectors’ slogan. It’s time for a shake up.