The mere mention of Nicole Polizzi, aka Snooki, promoting boxing to the diehard fan leaves them baffled and confused. What does Snooki, known for her wild party girl antics on MTV’s the Jersey Shore, know about boxing? In a sport embattled with promoters refusing to cross promote, a public perception of a weak heavyweight division, and often questionable judging, some feel that the sport needs to do more to improve its credibility in order to grow the sport. 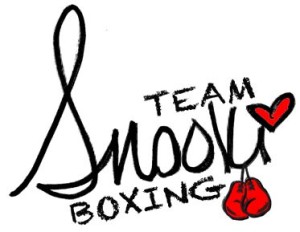 Snooki, to her credit, admits she knows little about boxing. Admirably, Snooki does this because of her Father’s love for boxing, and considers it something that she can do with him.

To start off, Team Snooki Boxing has under their stable three good fighters who are not yet well known in the United States, but soon will be. Eddie Hyland, Patrick Hyland, and Paul Hyland are three Irish fighters with very good records who are looking to make their names known stateside. One only needs to look at famed boxers such as Kelly Pavlik, Micky Ward, and Andy Lee to realize that boxers with an Irish background are able to draw a passionate and rabid following. Choosing to sign three brothers from Ireland, who at first glance appear to have the potential to be world champions, is a good start for Snooki.

The season debut of Jersey Shore brought in 7.6 million viewers. Snooki has 4.2 million followers on twitter. She also has 1.1 million followers on facebook. She even appeared on The Tonight Show with Jay Leno to talk about her upcoming card, the type of exposure other promoters would die for. It’s safe to say that most of her fans rarely watch boxing or follow it. It’s also safe to say that her involvement with the sport will expose boxing to a large group of fans that would have never considered watching boxing before.

The combination of the immense popularity of Snooki and three good Irish fighters with the potential of a rabid fan base will create new fans that boxing clearly needs.

A celebrity’s involvement in boxing will only help the sport, and give it exposure it needs that’s not named Pacquiao or Mayweather. One only needs to look at Cyndi Lauper’s involvement with professional wrestling to see the boost it gave it.

In the early 1980’s, Cyndi Lauper often worked in collaboration with Captain Lou Albano to help promote her music and in return she helped promote professional wrestling. Her hit single, Girls Just Want Have Fun, featured Captain Lou Albano as her overbearing Father. Cyndi appeared at several shows of the WWF, now called the WWE, and helped launch their women’s division. Promoter Vince McMahon started cross promoting professional wrestling with MTV, and launched the Rock and Wrestling gimmick. The first Wrestlemania featured several celebrities, but it was Cyndi Lauper who was featured as a manager in the bout before the main event with Hulk Hogan, and it was Cyndi Lauper who brought in the viewers that would never watched the WWF before and helped start its rapid growth.

And all fans and pundits can agree that if that happens, it’s not a bad thing.

More information about watching Saturday’s card live or on PPV can be found at http://teamsnookiboxing.com/

Previous MMA vs. Boxing: A Judge’s Perspective
Next Bernard Hopkins vs. Chad Dawson II is On