The Manny Pacquiao Retirement Tour Is In The Works

The Manny Pacquiao Retirement tour is in the works

​In the first week of the New Year, lots of grumblings have been coming out, about who 8 division world champion Manny Pacquiao will be fighting next. Many expected the future hall of famer to either defend his newly crowned WBO welterweight title against another big name or see some fresh faced stars come for the Kings thrown. With what we have heard this week, it seems like neither of those things will be happening. 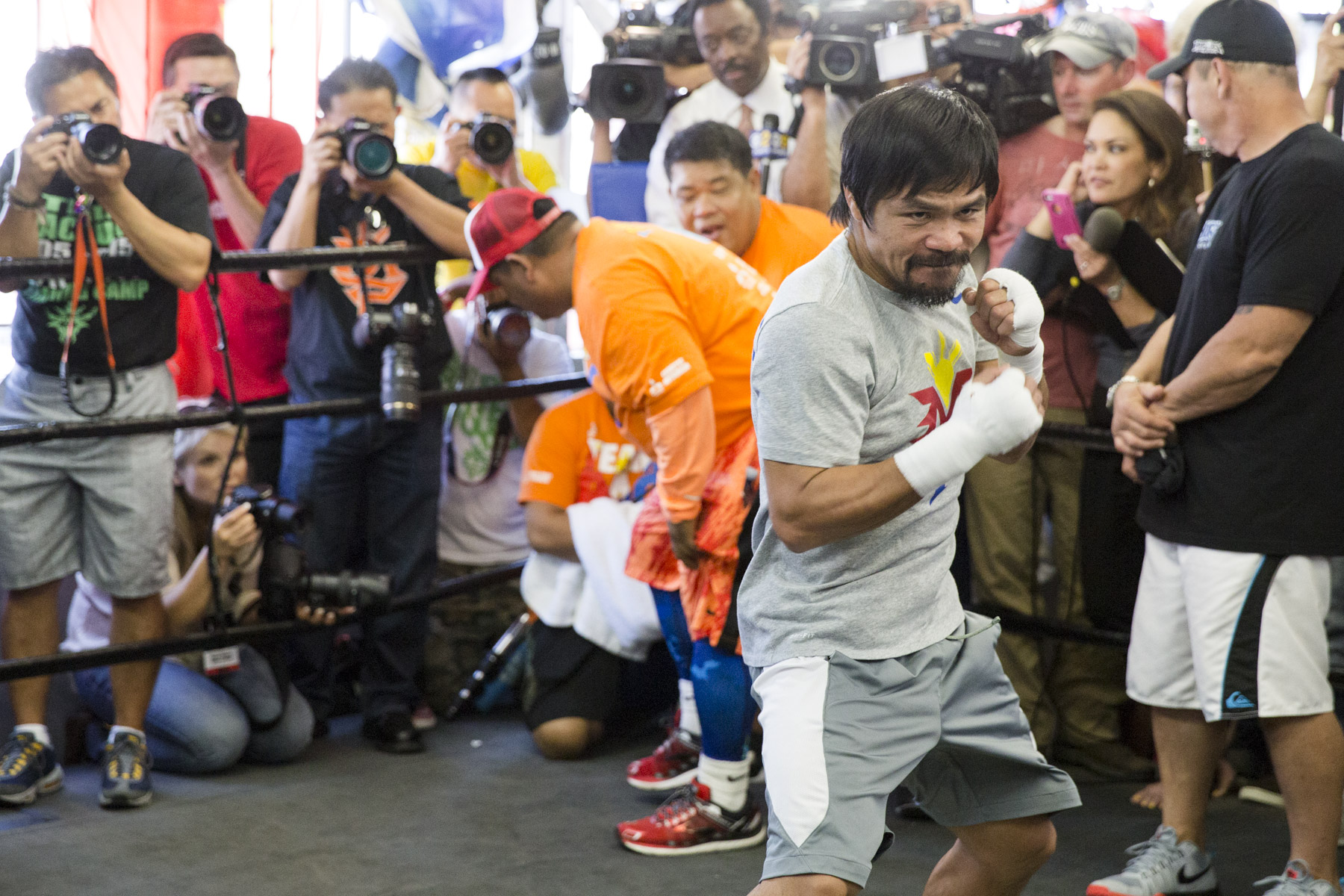 ​The first person that everyone has at the top of the Pacquiao “hit list” would be pound for pounder and lineal Jr.

Welterweight champion, Terrence “Bud” Crawford. The undefeated Crawford is slowly building a name for himself and would definitely be a tough challenge for Pacquiao. It would also be a great name for Crawford to add to his resume and help Terrence become the new face of the sport. Unfortunately Crawford seems to have been shot down, in terms of being an opponent in 2017.

First, Michael Koncz, Manny Pacquiao’s longtime advisor has said that Manny would only take the fight if he was guaranteed $20 million dollars, minimum. That may have seemed feasible for a Pacquiao fight 5 years ago, but with declining Pay per View numbers, and the decline of major paydays in the sport, an unlikely request.

Secondly, it seems that Pacquiao will only be fighting once in 2017, according to Manny’s promoter Bob Arum, who also let it be known that Manny will be looking to fight outside the United States.

So, who will Pacquiao be fighting next? The front runner, as of right now, seems to be his mandatory opponent for the WBO belt, Australians own Jeff “The Hornet” Horn (16-0-1 11KO)…..WHO??? Horn is a 28 year old prospect who has never fought outside of Australia or New Zealand. He has wins over Randall Bailey and Ali Funeka and is an up and coming prospect. Is he on the same level as Pacquiao, absolutely not. But he is the mandatory, not expensive and could see Pacquiao fight in Australia, which is an untapped market with a big Pacquiao following.

If you are thinking, well who is going to pay to watch this, then you have a surprise coming, because Top Rank is heavily considering making this a Free Pacquiao fight, no Pay per View. This may be one of the last times we get to see Pacquiao fight, or may just be a stay busy fight, that can show the masses his explosiveness against a lesser opponent and lead up to a bigger payday in a big time showdown against Terrence Crawford late this year.

Previous British Boxing |The Year Ahead
Next Is Bud Crawford Being Avoided?