As boxers move toward the top of the food chain, they find knockouts are harder to get, so it wasn’t terribly surprising when Timothy Bradley-versus-Juan Manuel Marquez went to the scorecards. Marquez stalking off and complaining yet again about being robbed was no big surprise either.

But these two pervasive conditions – a victory decided by the judges and the losing fighter complaining that the decision was crazy or stupid – both contribute to fans’ reluctance to follow the sport, particularly when they have to put out pay-per-view money to do it. It leaves a bad taste in your mouth even if you were pretty sure the decision went the right way. Told over and over again by its participants that the officials are corrupt and or incompetent, the fans start to believe it. Can you blame them?

There are of course decisions that deserve such derision, but their existence serves the needs of perennial whiners like Marquez. Watching all that bellyaching detracts from the viewers’ experience. Years ago, I swore to myself that I would never again put out pay-per-view dollars to watch Bernard Hopkins. No longer would I pay extra to invite that mountain of ill will into my home. Of course, some nights there were exceptions, but as Hopkins got older his fights got uglier. As he had to hold off younger, more energetic opponents, his tactics got dirtier and his reluctance to exchange punches increased. When he lost, he always claimed he’d really won, even though he usually deserved to lose. 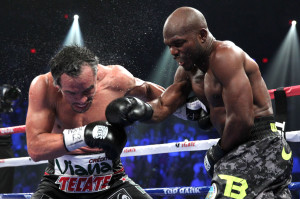 Pay-per-view fights have the ability to simultaneously disappoint us and make us feel like chumps.

The same night Marquez and his trainer Nacho Beristain re-ignited their incessant grumbling about officialdom in the city that made them rich, baseball fans got to see St. Louis go up two games to zip over the Dodgers in the National League series and to see Detroit win the opener against Boston in the American League. The games played by the four teams that proved themselves as the best in the sport were available to cable viewers with no extra purchasing requirements attached. You might not like how they came out (I sure didn’t like the outcome in St. Louis), but you pretty much knew ahead of time that the actual winners would win, the losers would lose, and afterward, no one would be whining that the officials didn’t tally the scores correctly.

Sports, a form of entertainment, can be a great way to take us away from the cares of the world around us. While athletes competed over the weekend, members of Congress who took an oath to the Constitution were being paid $174,000 a year plus expenses to keep government services shut down while they threatened to paralyze the global economy. When stuff like that is going on you could use a bit of a recess. Paying $65 to your local provider so you can have the privilege of hearing athletes talk just like the politicians you’re trying to get away from doesn’t qualify as a break.

One of the more admirable qualities of the sweet science is its anarchy. There’s no league waiting to fine athletes who complain about officiating. NFL teams might be teeming with felons, but if they complain about the officials, they will certainly be fined or suspended.

The anarchic nature of boxing is also what allows promoters and networks to demand pay-per-view money for events that should be presented without any surcharge to fans. And it allows not just the fighters and their trainers, but also the promoters and managers, to bellyache about outcomes. Freedom of speech is refreshing, but there are times you wish they’d just shut up. 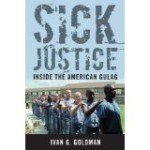 Previous Speed Kills: Bradley Triumphs over an Ageing Marquez
Next Brawl in the Fall: IFL 58 to be Held at Legendary Fillmore Detroit on November 2!