Why the Conor McGregor Hype Train Can Be Good for Boxing

Why the Conor McGregor Hype Train Can Be Good for Boxing

With the recent news that UFC star Conor McGregor was granted a professional boxing license in California, the media hype about a potential fight with Floyd Mayweather has gone into overdrive again – although this time, there is at least an element of substance to back it up. Reaction in the boxing world has been, quite reasonably, largely cynical about what seems to be a calculated publicity stunt on McGregor’s part. It’s hard to begrudge him though for piggybacking on the boxer’s name and modeling the brash persona that brought Mayweather unparalleled sums, and if the Irishman wants to sprinkle some of his star power in the direction of boxing, that can hardly be a bad thing. 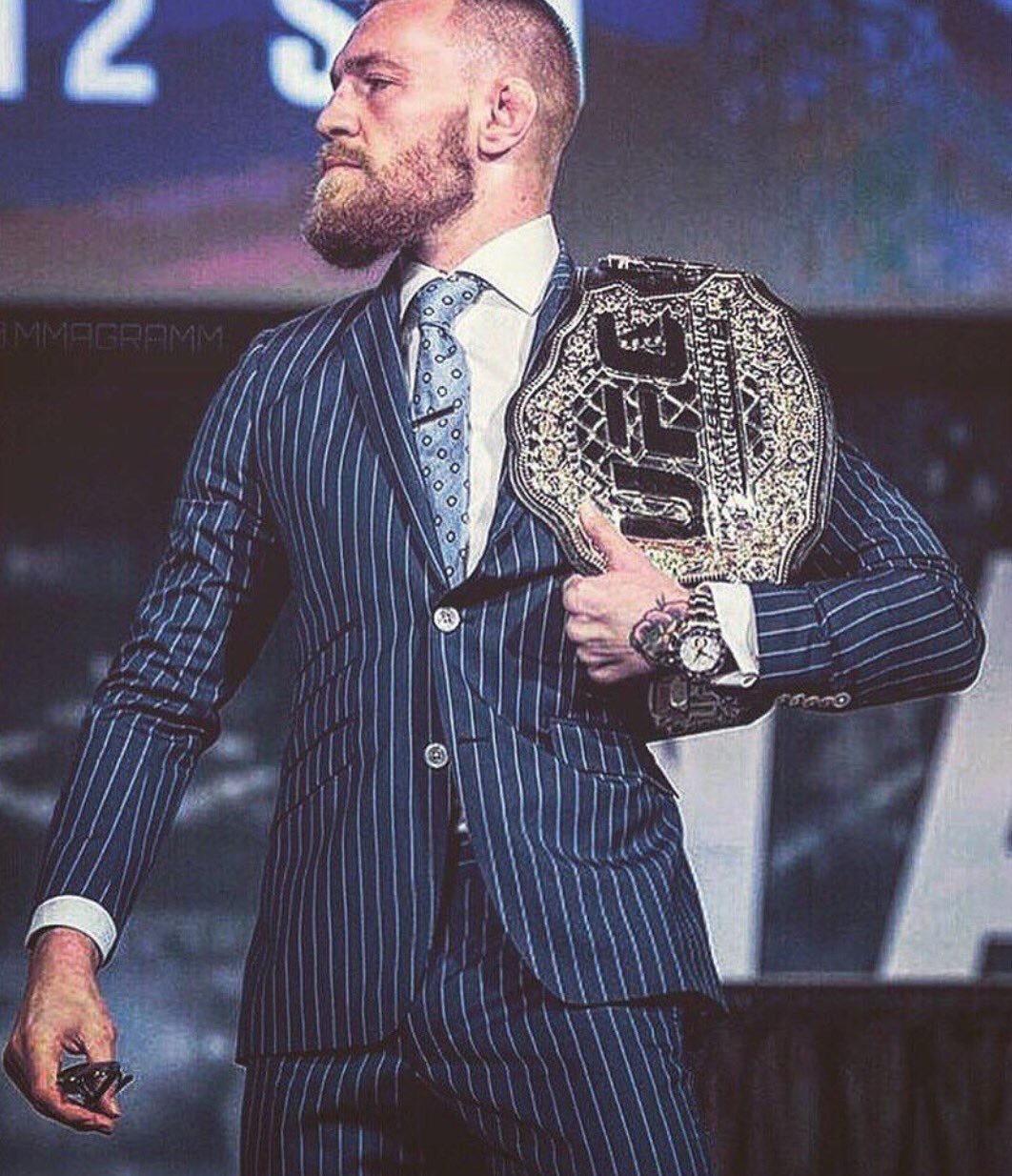 Of course, McGregor is contractually obligated to the UFC, and while they could do nothing to stop him taking out a pro boxing license, allowing their star asset to compete inside the squared circle is another matter entirely. That being said, McGregor’s move was a clever method of engineering some extra leverage after publicly declaring he was seeking a portion of the pie of all company profits, and while there are serious doubts about whether boxing professionally is feasible for him, it’s possible to imagine scenarios where it could happen. Regardless, the speculation brings, at least in the case of boxing, some much needed media interest to the sport.

It’s no secret that boxing has not had its best year in 2016, and in the aftermath of the monumental let-down from Mayweather-Pacquiao last year, boxing PPV numbers have taken a dive relative to the previous heights set by its two former cash cows. Meanwhile, the UFC’s perpetually prophesized “takeover” of boxing as the number one combat sport is being heralded in the wake of Mr. McGregor’s impressive PPV figures and the unprecedented attention he has brought to mixed martial arts.

Although I don’t buy the doomsayers’ myth that boxing’s imminent downfall at the hands of the UFC is finally upon us, granting that there is some truth in boxing’s decline relative to MMA, McGregor’s mooted switch in codes can surely only be a good thing. After all, every time he gets mentioned alongside a boxer or there’s a news report about him gaining a boxing license, he’s effectively shining some of the limelight he currently commands through the UFC back onto boxing.

Let’s imagine that The Notorious one does work out an agreement with the UFC whereby he can test the waters as a boxer. Forget about Floyd Mayweather for a moment; let’s just assume he sets up a fight to prove his boxing ability against a legitimate world-class or fringe world-class boxer. (Paulie Malignaggi and former sparring partner Chris Van Heerden have already taken to Twitter to call out the UFC lightweight champ, for example). The coverage an event of this type would bring to the sport has to be considered a win-win situation for boxing, no matter the outcome of the fight.

Last time out, McGregor’s cocky, don’t-give-an-f attitude, pin-point striking skills and history making attempt to hold two divisional UFC belts combined to generate 1 million+ PPV buys. You have to assume the added intrigue of an MMA fighter of McGregor’s stature trying his hand against a world-class boxer would draw out the kind of buzz in the mainstream media and with casual sports fans more generally that boxing is desperately in need of right now. The more accomplished and/or high profile the opponent, the bigger the buzz would be.

In the unlikely event that the mixed martial artist wins his pro boxing debut, of course there is bound to follow a lot of nonsense being spewed about how it “proves” that MMA fighting is better than boxing. But once he had shown himself as a capable pugilist, it would also increase the demands for McGregor to test himself further, and make the prospect of him going against a truly elite boxer more realistic. If he were able to look seriously impressive or perhaps even knock out a genuine contender, the hype for a McGregor-Mayweather showdown would shoot through the stratosphere.

On the other hand, if Connor went in against an experienced, world-level opponent and was soundly out-boxed (a very likely result), he then either has to go back to the UFC with his tail between his legs, or else continue on as a boxer in order to redeem himself and his wounded pride. Either way, once again, the sport of boxing only benefits from the exposure his foray into the noble art would bring.

The faint possibility that he could go straight into a blockbuster showdown with Mayweather also remains. After recently taking over, the new UFC top-brass are keen to see a return on their $4 billion investment, so it’s not inconceivable that they’d consider allowing the match to go ahead for a slice of the hundreds of millions of dollars it would likely generate. Personally I cannot see it coming together, but for the kind of sums it would involve, you can never say never.

In the meantime, the mainstream media will continue to dine out on the redundant discussion about whether the UFC’s fighters are “better” than boxers (Answer: boxers are better at boxing and MMA fighters are better at MMA). Likewise, the talk of whether or not “boxing is dead” and whether the UFC has “taken over” will continue to needlessly view the two sports as doing battle, when in fact neither of them needs to fail in order for the other to succeed.

The UFC is finally reaching the kind of audiences that boxing has enjoyed for over a century, but it’s never going to completely replace boxing in the public consciousness. If anything, the overlap in the fan base of both sports means that the popularity of each is likely to complement the other. Connor McGregor’s flirtation with the sweet science – whether or not he successfully competes – only bolsters the position of both sports as attractions capable of creating a huge buzz in the wider sports world and generating the kinds of revenue that most other athletes still dream about.