The following is the Boxing Insider notebook for the week of August 16th to August 23rd, covering the comings and goings in the sport of boxing that you might have missed. 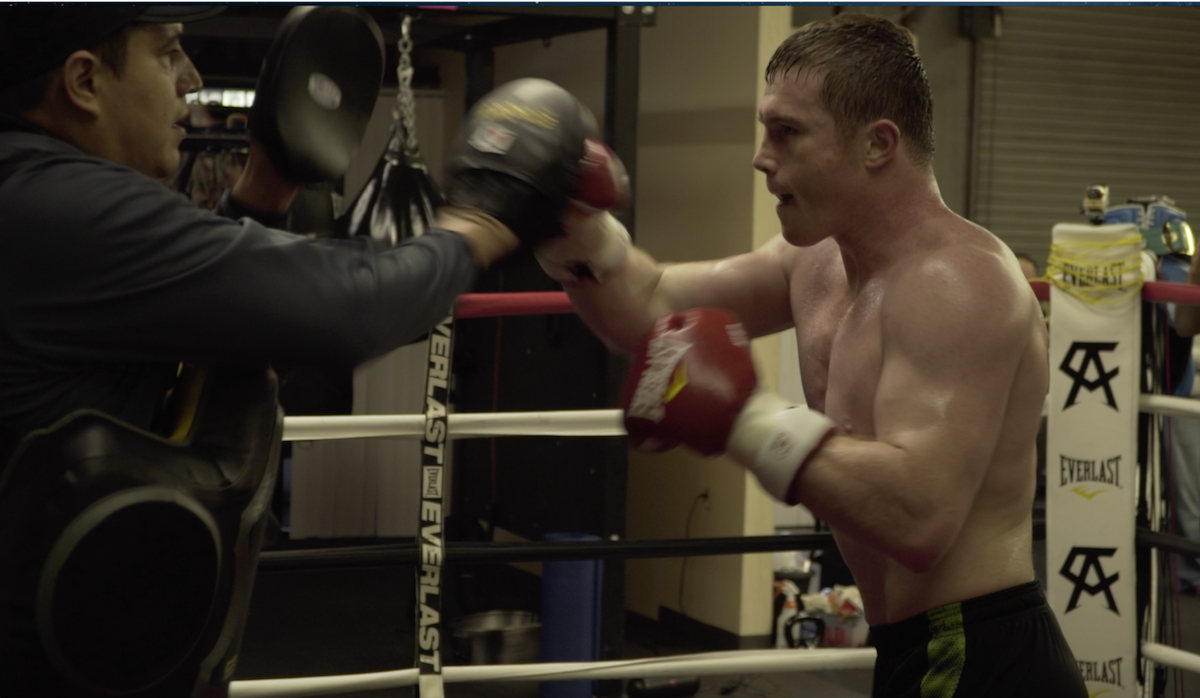 Canelo Alvarez and Liam Smith are set to face each other on HBO PPV on Saturday, September 17th at AT&T Stadium in Arlington, Texas. A promo video has been released for this fight and can be viewed below:

Canelo vs. Smith Undercard Announced, to Include Rosado vs. Monroe

Most boxing fans wanted to see Canelo Alvarez box Gennady Golovkin in his next face, but instead have to wait for Canelo to fight Liam Smith before he steps into the ring with Golovkin. However, fight fans will get a chance to see two opponents that Golovkin was able to beat, handedly, in the co-main event of the upcoming HBO Pay Per View.

Golden Boy Promotions recently announced that Gabriel Rosado will step into the ring to face Willie Monroe Jr. on September 17th. Two other undercard bouts have also been announced, and they include Joseph Diaz Jr. vs. Andrew Cancio and Diego De La Hoya vs. Luis Orlando del Valle.

Top Rank’s stable includes rising stars such as Terence Crawford and Jesse Vargas and Top Rank is even willing to do business with Al Haymon fighters. Plenty of options remain for Tim Bradley that does not include Manny Pacquiao.

Dereck Chisora Back in the Ring on September 10th

The former British, Commonwealth and European Champion is the latest addition to a stacked card in the Swedish capital topped by the female grudge match between domestic rivals Mikaela Laurén and Klara Svensson.

Chisora missed out on a second reign as European Champion in May, losing via split decision to Pulev, but having regrouped, the British boxer and his team will attempt to launch another title assault, starting with a keep-busy contest against the big punching Bosnian Janjanin.

‘’This is the fight game,’’ said Chisora. ‘’If you lose, you have to rebuild and come back. I lost a close fight to Pulev, but I’m still in a good position. I want a rematch, but let’s see if they give it to me. Either way, there are a lot big fights out there for me, and I’m ready to fight anyone.’’

The 32 year-old says he is looking forward to fighting in Stockholm, having never visited the city before, and will be ringside supporting local fighter Anthony Yigit and watching the main event unfold as Laurén and Svensson battle it out for the interim WBC Female World Welterweight title.

‘’I’m excited to be fighting to Sweden,’’ he says. ‘’This will be my first time in Stockholm, but I’ve heard it’s a great place. That is one of the good things about working with a big promoter like Team Sauerland – you get to fight all over Europe, and that’s one of the reasons I wanted to sign with them.

Top light heavyweight contender Sullivan Barrera has been diligently working on his craft in the hot Florida summer under the guidance of trainer Derik Santos.

The former Cuban amateur standout has inexplicably been out of the ring since coming up short against Andre Ward on March 26th in the top pound-for-pound fighter’s backyard. The loss was Barrera’s first and after producing knockout victories in his prior six fights, he is surprised that he hasn’t been back in action.

“I don’t understand it. I’ve been putting on great fights. People have seen my knockouts on ESPN and on HBO Latino. I thought I would have fought again in the summer or at least had a fight lined up by now,” said Barrera.

With a number #4 ranking by the WBA, #8 by the IBF and #12 by the WBC, Barrera is a worthy rival for any upper level opponent.

“Over the past few months there have been talks to face Bernard Hopkins, Jean Pascal and Slava Shabranskyy but when it comes down to signing a contract, nothing ever happens. I am willing to fight any of these guys. I went to Ward’s backyard. I am not afraid of anything or anyone. Ward and Kovalev isn’t official. Maybe he can give me my rematch. One of these guys needs to step up so we can give the fans a war!” Barrera stated.

Barrera has been very active, fighting 9 times since December, 2013 and he doesn’t see why he doesn’t have a fight scheduled. His frustration stems from his inactivity. He is used to fighting often.

“I don’t have any problems with my manager or my promoter which is usually why a lot of guys aren’t fighting. Everyone knows I am willing to go to Canada to fight Pascal and I am ready to fight Hopkins anywhere! I heard he is looking to have a final fight and I have no problem sending a legend out with a loss! There were talks of both of these fights. One of these guys needs to sign a contract! Seanie Monaghan hasn’t fought in a while. Artur Beterbiev, Eleider Alvarrez – I would take their ‘0’s’ away too. Just give me a fight!”

Sims of Chicago is perfect as a professional, as he sports a record of 7-0 with two knockouts.

Sims turned professional on March 7, 2014 with a win over Corey Mudrew and has racked up six wins since, with the latest being a six -round unanimous decision over Tavorus Teague on March 11, 2016 in Tustin, California.

Sims will be back in action on September 15th as part of the televised undercard that will feature Thomas LaManna and Dusty Hernandez-Harrison from Philadelphia on the CBS Sports Network.

“This is another key signing for us,”said GH3 Promotions CEO, Vito Mielnicki. “Kenneth is another young and talented fighter who fits in with the blueprint we have set up for our athletes. Young, good amateur career and guys who are looking to fight often and are willing to step up. I am happy to be partnering with Antonio Leonard Productions and working with Kenneth’s manager James Prince and I will be looking to work with them more in the future with other fighters.”

“I am excited to be back boxing and getting back to work,” said Sims. “I am looking forward to being on television. This fight will get me the exposure and people who will know me.”

Like other GH3 Promotions fighters, look for Sims to be fighting regularly. That is a schedule that Sims will relish.

“I am looking forward to staying busy. I had only two fights last year and staying busy will help me make my way up the ladder to winning championships.”

At just 22 years-old, Sims has a good attitude and wants carve out an identity, not only in the boxing world, but be known in his hometown.

“I am trying to make a name for myself and do the best and do something for my city..

Sims is known for his boxing ability, who likes to work the body.

“It has been seven months since I fought and I am ready to put on a show. Philly is a great fight town and I am so excited to fight there.”

Said Sims father, Kenneth Sims Sr., “I am so happy to get back to doing what we love to do. We are happy GH3 Promotions picked us up, and those who didn’t will regret it. On September 15, business will be taken care of.”

Sims co-promoter Antonio Leonard has been by his side since he turned professional and had his eye on an emerging talent since his amateur days.

“I have always felt that Kenneth was a tremendous fighter. He has been in Colorado Springs helping with the U.S. Olympic team. The sparring sessions with him and (2016 Silver Medal winner) Shakur Stevenson were amazing.”

“He has the potential to be a great star. He is a grounded kid and with the help of Vito Mielnicki and GH3 Promotions, there is a good chance he could fight for a world title.”

Sims has been the main sparring partner at different times for the sport’s two biggest names and has performed well and gained incredible experience by working with Floyd Mayweather as he prepared for Andre Berto and with Manny Pacquiao as he was getting ready for Mayweather.

Presented by Vans for a special Tribute to our Military, Thursday, August 25th, 2016 on the beach at the 54th Annual Coastal Edge East Coast Surfing Championship, Virginia Beach, VA. Super middleweight Frank “THE FREIGHT TRAIN” Filippone (21-5-1/7 ko’s) of Virginia Beach, VA will headline this exciting card of knockout artists. Filippone, a Virginia Beach Police officer and former WBA-NABA Light Heavyweight Champion is set to take on, Timothy “The Boss” Hall (9-22-0/5 ko’s) of Athens, GA, in the 6 round Main Event on the Beautiful Beach in Virginia.

Previous Dana White Says No to McGregor-Diaz III
Next Two Seconds and Ten Dollars: A Revisit of Chavez vs. Taylor