DeGale-Jack Shows That Not All 10-9 Rounds Are Alike

DeGale-Jack Shows That Not All 10-9 Rounds Are Alike

Let’s face it, James DeGale got his ass kicked Saturday night in Brooklyn. That’s right, Badu Jack took it to the English super middleweight in a big way. While DeGale, slick and skilled, dominated early, Badu’s hard, grinding style, consisting of body work and hard shots to the head, carried the day. At least it did if we look on the affair as a fight instead of as a boxing match. 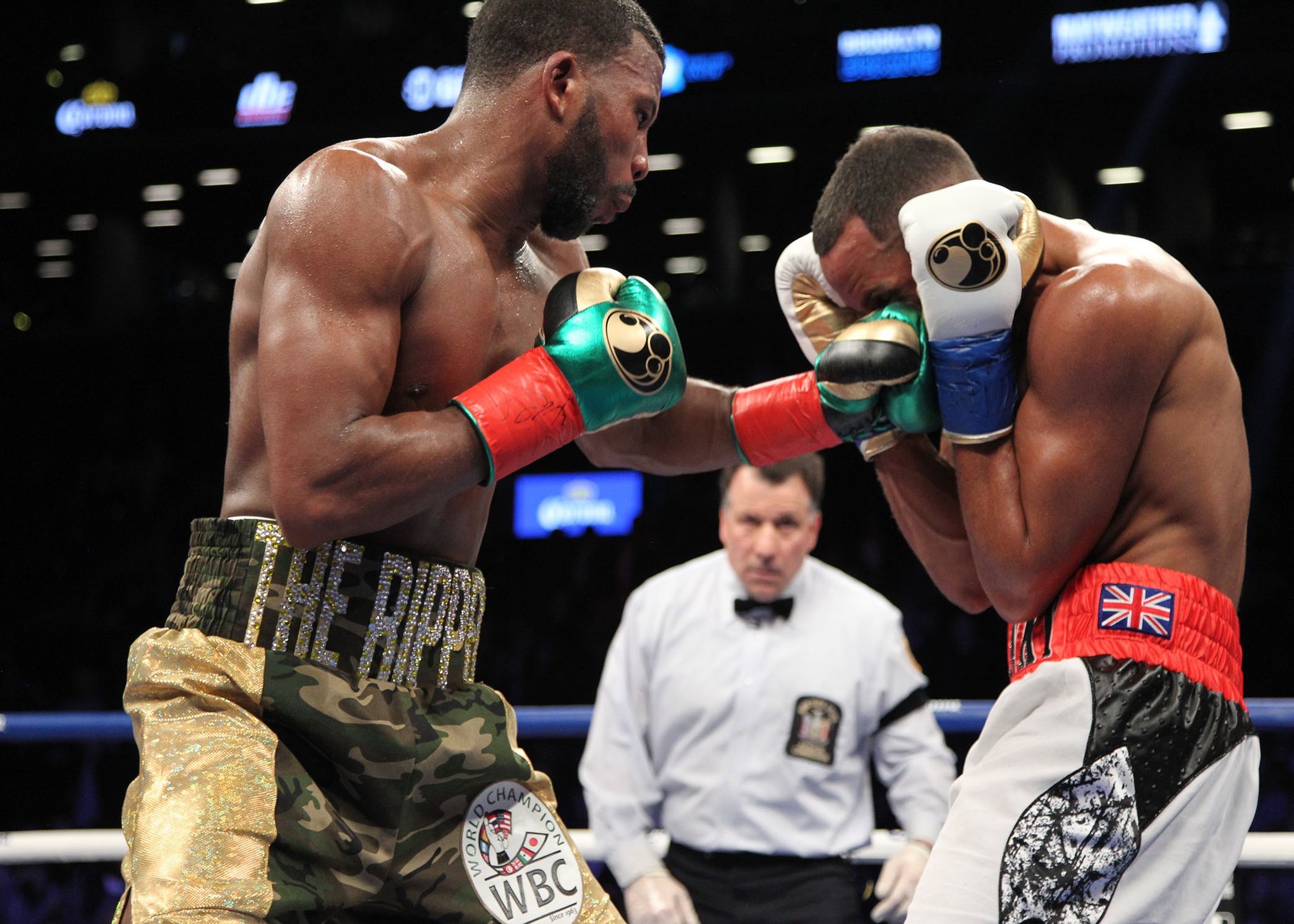 Unfortunately for Jack, the title unifier was a boxing match and was judged accordingly, as such. The lighter punching, but faster DeGale escaped with a draw. Indeed, one of the judges had the man actually beating Jack.

I myself had Jack dominating six rounds while DeGale owned four of his own outright. I also had two rounds open to interpretation. In other words, I felt they could have gone either way. So indeed, the final decision wasn’t a bad one if I’m to use my own scoring as a guide. Still, it’s hard for me to get over the fact that DeGale took a beating on Saturday night. Boxing may not be “real” fighting, but it’s real close and there’s little doubt who won Saturday on the “who dished out violence more effectively” scale.

I’ve wondered for a while now if there’s a better way to grade fights than on a round by round basis. It would be hard to find criteria for a successful revision of judging, but perhaps it’s time to seriously consider if such a move is feasible. Not all 10-9 rounds are alike. The proof of that is on DeGale’s face and in his newly toothless smile. Seriously, I was concerned about the guy’s well being on Saturday. He was taking some hellacious punishment and the last thing this world needed was another Magaomed Abdusalamov tragedy.

Again, though, I myself had scored it so that DeGale could conceivably have earned the draw he ended up earning. Still, there seems to just be something off about it. For this was a case where flashy combinations and slick movement couldn’t carry the day. Lots of those DeGale shots landed on gloves. And lots of those Jack shots did some serious damage. As a rule, I tend to admire polished fighters, but when polished fighters get knocked around like DeGale did on Saturday, I have to be honest with myself. Simply put, the scores on Saturday evening did not tell the whole story. And there might be something wrong with that.